HEAR THE BRUTALITY . . .
Now taking orders for the digipak CD version of the brand new studio release by Martin Escalante and Weasel Walter, "Lacerate". CDs will ship by Friday.
copies are 14.00 postage paid in the US/15.00 canadian/17.00 world - paypal weaselw at juno dot com (as send money to a friend).
the bandcamp/digital version will not be available until november 21st, so if you want to hear it first, this is the way!

Posted by ugEXPLODE at 8:22 PM No comments:

maybe you would like to hear an excoriating cover of "dirty boy" from a feminine perspective?
Cellular Chaos NEW EP AVAILABLE NOW
https://cellularchaos.bandcamp.com/album/dirty-girl 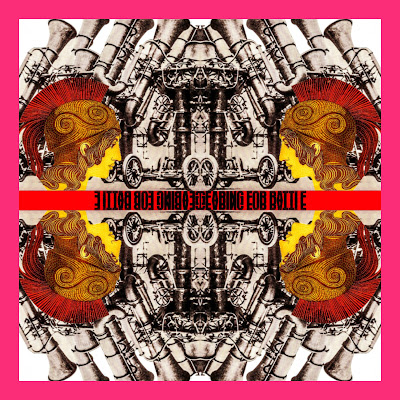 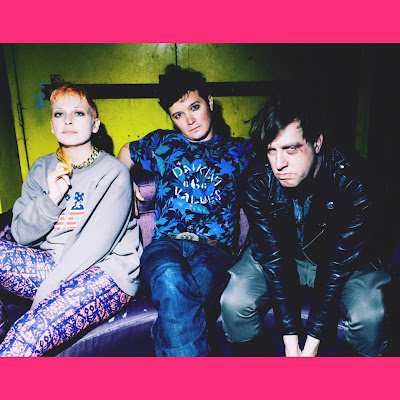 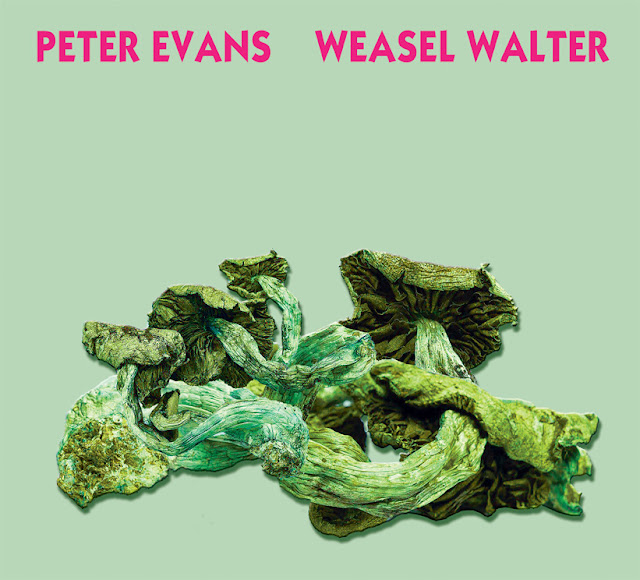 WEASEL WALTER / PETER EVANS - "Poisonous" digipak CD/download OUT NOW.
the best way to get it is order directly from me:
CDs are $17.00 postage paid in the US / $18.00 postage paid to canada / $19.00 postage paid elsewhere - paypal = weaselw@juno.com

if you prefer other methods of ordering, the cd is available through CD Baby and Bandcamp. it will be in stock at Downtown Music Gallery and Wayside Music soon as well. 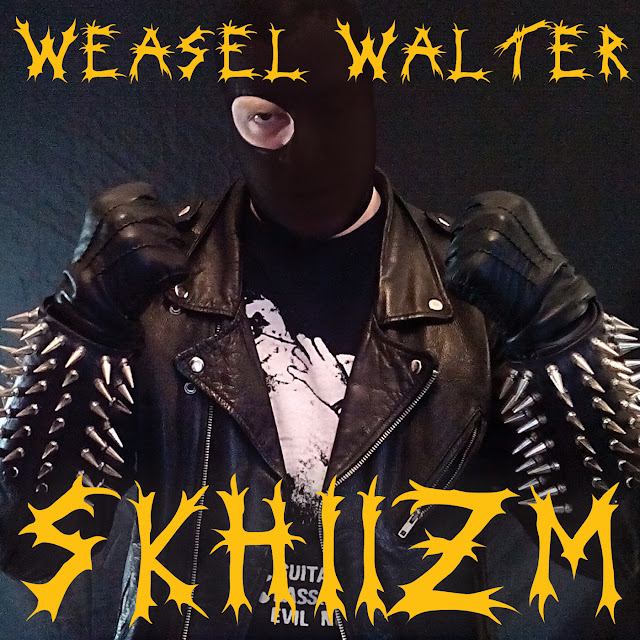 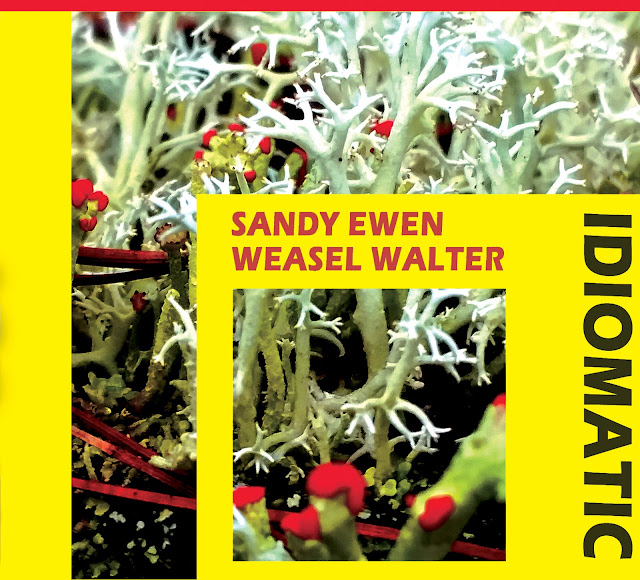 "Almost 80 minutes of jarring, surreal, raw improvised music by the duo of Sandy Ewen (guitar) and Weasel Walter (drums/live electronics) captured on this clear, powerful studio recording. The recording session was 3 hours long from set-up to tear-down and the music was mixed in several hours during the following day. There is no production per se on this cd - what you hear is a very indication of the sounds and dynamics the players created in real time.  Each musician speaks a distinctively deconstructed language on their respective instrument and their interaction is often surprising, always relentless and subtly alien. Sandy Ewen's approach eschews the obligatory mounds of effects pedals (save one for panning) many guitarists use, instead concentrating on direct physicality, extended techniques and non-standard approaches using various simple preparations made with ordinary objects. Weasel Walter's articulate, fleet drumming aims to constantly disrupt continuity, creating chaotic scaffolds of focused illogic, and his use of simple live electronic processing blurs the roles within the soundscape. This is fast-paced musical Modernism in action by two unique voices in modern improvisation."

"When I began playing improvised music, I immediately started experimenting with objects on my guitar. In the context of group improvisation, my rudimentary rock guitar skills lagged in speed & timbral responsiveness. My growing collection of magnets, bolts, rods & chalk stretched out my sonic palate and allowed me to respond to the music instantaneously. Over the last 15 years, I’ve been developing these techniques, exploring nuances in objects and actions. I feel this path is somewhat unique for a guitar player. A more traditional path would have explored guitar pedals and computer processing, or would have worked to develop traditional fretting/strumming/fingerpicking approaches. My playing is also quite different from table-top prepared guitar. The physical distance with that approach creates music that is cleaner and more clinical. With the guitar on my lap, my music and my body are physically linked. My muscles strain, my body shakes, my arms mute or brush the strings - I am connected. My only pedal pans my sound between two amps. A very simple interface between my mind, body, sound & space. Weasel Walter is similarly committed to immediacy and directness. Our duo lives millisecond by millisecond; either of us are capable of a changing direction instantaneously. Our low-tech setup encourages quick responses and clarity. The music is always active & present."

"Free improvisation potentially allows the most abstract musical relationships possible to flourish, especially when strong, distinctive languages intersect. I believe that Sandy Ewen and I have a very coherent sonic partnership, due to the fact that we share some specific ideals. Like Sandy, I am interested in obtaining the widest timbral possibilities with the simplest tools. I try to extend the possibilities of the drum set with extended techniques and preparations and I am interested in the widest range of possibilities with the LEAST amount of equipment. I don’t claim to be doing anything new in this regard, but what I hope I offer is a very well thought out and consistent approach to abstract modernism on my instrument. For a some time, I have used a primitive electronic setup to broaden my palette. In a nutshell it consists of a crappy microphone, volume pedal, a couple of cheap delays, preamplification and a small digital synth that only has a handful of crude presets which I find acceptable. The system is raw, specific and limited, insuring that the ideas come from ME, not the gizmos. I don’t want to get lost in pedals and loops and bullshit like that. I don’t want what I do to depend on overly specific or expensive items. As with pretty much everything else in my life, I don’t want endless possibilities - I want to know my tools and control them with clarity and confidence. My imagination is the main instrument, and my setup is merely a tool kit to express it. Sandy’s stripped down approach mirrors this perfectly.  Playing with Sandy allows complete counterpoint, to the point of hilarious obtuseness. She isn’t terribly interested in tired tropes like imitation, so I know that any decision I make will be allowed to exist in a more sophisticated paradigm than is common with many other players. There’s no need at this point in history to prove the obviousness of our “listening to each other” to anybody. There’s no need to make any gestures in our music to prove we can “play our instruments” in any way other than exactly the way we want. Our ability to generate longer arcs and forms comes from our mutual love of contrast and surprise. There is a blatant bloody-mindedness to it. We are loud and vicious, but it comes out of a sensitivity and a need for a highly cultivated, alternative sort of communication which is less common. We offer a friendly “forget it” to the obvious. When it comes down to it, we both just do what we like, and we really like this music we make together. It does exactly what we want to do with it."

CDBABY
Posted by ugEXPLODE at 7:11 PM No comments: