Nuclear War Now Productions continues to be the mightiest contemporary label in terms of consistently releasing finely packaged product reflecting a high standard of the wide range of extreme metal aesthetics. I recently purchased the following:

Antediluvian "Through The Cervix Of Hawaah" 2LP
This is an incredible work of art from the much-talked-about Canadian band. Easily the best sounding material the group has issued, this item comes as two 45 rpm green vinyl records with the fourth side etched, bound in a beautiful hardcover book/album sleeve, also with a faux-leather embroidered back patch of their convoluted logo and a vinyl sticker. The cryptic, ornate graphic design ties directly into the esoteric, quasi-primitive persona of Antediluvian perfectly. Musically, they might vaguely seem like a more experimental "Onward To Golgotha"-period Incantation disciple, but from a compositional standpoint, the band takes many more chances in terms of tonality and progression. Antediluvian aren't about speed, but rather, about heaviness and creating a crushing, dark ambience topped by infernally gutteral vocals. Otherworldly and inspired.

Ignivomous "Contragenesis" CD
Australian based act performing solid brutal death metal in the tradition of the classic early '90s bands, bolstered by the solid drumming of Chris Volcano (a member of the also great Abominator). The emphasis is on coherent riffing and momentum. The compositions are well thought-out and unflagging in their intensity. There's not much more to say. If you wish groups like Immolation, Grave or Monstrosity would have stopped progressing after their first albums, this is for you. Of course, Ignivomous sounds nothing like those three, but they fit right in with that strain of virulent power.

Prosanctus Inferi "Red Streams Of Flesh" CD EPAnother group leaning towards the old sound of song-based death metal, hailing from Ohio. Clear, heavy production with rock-solid execution on these seven meaty tracks. Not a lot of surprises, but satisfying.

Dead Congregation "Graves Of The Archangels" CD
A repress of their 2008 debut full-length. This Greek unit recently toured America to some acclaim in the underground. They are being hailed as one of the mightiest bands working in . . . you guessed it . . . the neo-'90s death metal vein. Yes, it's back - for a long time one couldn't really give it away - and I have to say Dead Congregation are much more explosive as a live act than on this four year-old recording. I cannot say that this release really blows my mind in any particular way, but as a fan of old death metal, it is quite satisfying to crank in the car. Of note is the interesting instrumental composition they chose to open the album with.

Martire s/t CD
Ok, now for something completely different and original, Aussie veterans of brutality Martire FINALLY offer us their first bona-fide full-length since forming way back in the late '80s. Oh, wait. . . a band that was actually around in the early '90s? How novel! Ha ha ha. I've been a fan of Martire's rough and unadorned intensity since the mid-90s when my band Hatewave was in contact with their drummer T.S.I. (he, also of the bizarre and unique band Stargazer). It turns out that the Hatewave lp he was owed never made it down 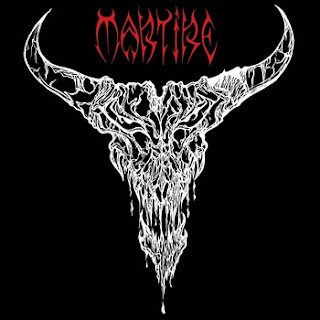 under - our singer was running the mailorder operation alone, but decided to play hooky that year instead of going to the post office - so, technically I feel like I owe these guys one. Luckily, their release is outstandingly different and painstakingly imaginative musically. The production is raw, but clear, avoiding the pitfall of sounding like every Pro-Tooled-to-hell identikit band coming out these days. You can tell this is human music, not computer generated bullshit. This is fast, crazy music with a lot of passion, warts and all. Sick, weird vocals and inventive riffing abound. One can actually clearly hear what the bass player is doing - quite a rarity for most extreme metal releases. There are no triggers on the drums, just energetic, complex battering. Martire are committed to holding true to the ideals they always had and they pull it off with aplomb. Also highly recommended at NWN is the budget priced vinyl version of the first Martire EP from 1991. I know it hasn't sold like hotcakes, but with this release, I'm sure more people will be tracking this powerful group's music down.

Other new metal releases I'm looking forward to absorbing are the debut LP by the unruly Russian Black Metal unit Pseudogod, the second LP by Texan occultist clan Nyogthaeblisz, a new set of blasphemies by seminal sickos Profanatica and much more. The metal scene is thriving and continually inspiring to me. Indie Rock? Not feeling it. I want to hear people actually going for it, not patting themselves on the back because their parents told them they are special.
Posted by ugEXPLODE at 4:14 PM 1 comment: 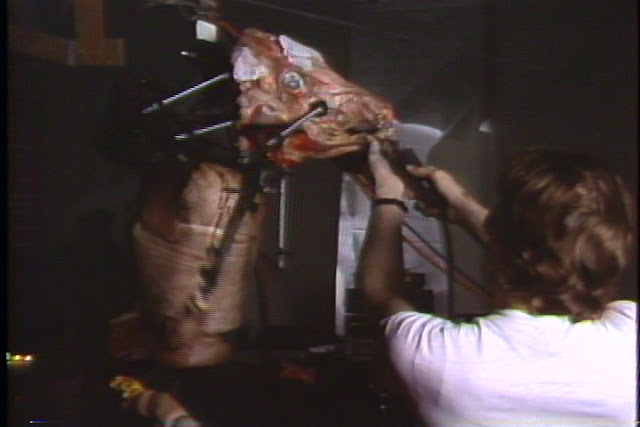 Call the PC Police: You can't make this kind of art anymore. Factrix' Joseph T. Jacobs does dental surgery.
Posted by ugEXPLODE at 5:45 PM No comments: